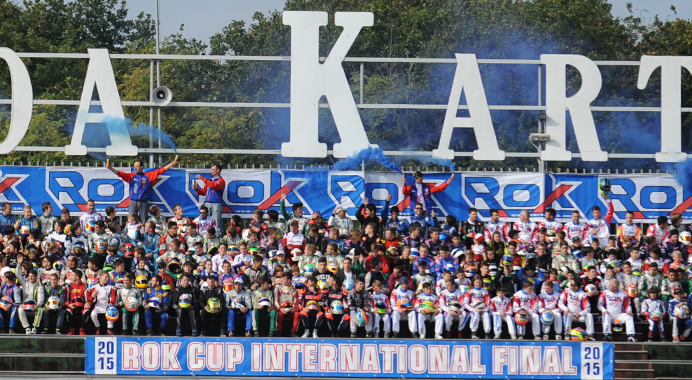 The Rok Cup, like a firework, with a thousand sparks lit up the scene in the karting world. First in Italy, then in Europe, it has crossed the ocean and arrived in Africa, Asia, America and Australia.

The Rok Cup has been appreciated in many different countries for its sport culture and its format without frontiers and was able to conquer drivers and enthusiasts everywhere, allowing to compete in exciting and secure races in every circuit of the world.

The secret of its success has been, and still is, the ability to adapt to the particular needs of each country reached. Thanks to this, year after year, our championship has expanded in an unstoppable way and today we are leaders with the Rok Cup in all continents and in over thirty countries.

Whenever a race of the Rok Cup fires engines up, new drivers are fascinated by the Rok world. For this reason the Rok Cup is one of the most successful brand in the karting arena.