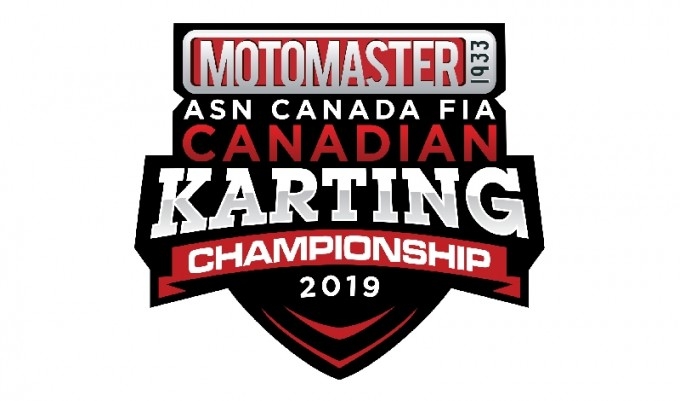 “The Motomaster brand and Canadian Tire are excited to again be the title sponsor for the Canadian Karting Championships,” said Andrew Davies, Senior Vice President of Automotive, Canadian Tire Retail.

“Canadian Tire is proud to assist in the development of young Canadian racers and we’re very pleased to have this particular event return to Canadian Tire Motorsport Park’s karting facility.”

Approximately 200 of the best kart racers from across the country will compete for national titles in a multitude of classes. These include Briggs & Stratton Cadets, featuring kids ages seven to 11, and high-powered categories like ROK Senior, and the 125cc open shifter karts, where kart drivers can reach speeds of up to 160 km/h.

The weekend kicks off with Motomaster SuperPole Friday Qualifying, featuring cash prizes for the top-three qualifiers in each class. The pole-sitter from each class will receive $300, with the second and third place drivers receiving $200 and $100 respectively. In total, there is $7,200 awarded throughout all 11 classes.

As well, the Motomaster Class Champion Tuner Awards will be presented to the lead mechanic of each class winner. Recipients will each receive a $200 Canadian Tire gift card.

“Drivers come from all across the country to race for a coveted national championship, and we’re very proud that this event has become the most prestigious weekend on the Canadian karting calendar,” said Paul Cooke, President of ASN Canada FIA.

Briggs & Stratton will present the top-three finishers in each of its five classes with high-end pressure washers as part of the additional prizing for the weekend’s racing activities.

Kart racers in the ROK 2-stroke categories will also be competing to represent Canada at the ROK International Final this coming October in Lonato, Italy.

Admission is free and spectators are invited to attend on Sunday and watch from the grandstand in the Motomaster Fan Zone, located on top of the hill at the west end of the karting facility.

Since 1961 Canadian Tire Motorsport Park has been the leading racing and automotive performance facility in Canada, hosting series’ racing from international sports cars to NASCAR on the renowned 3.957 km Grand Prix circuit. CTMP is home to the 1.5 km Mosport Kartways circuit, which was reconfigured and repaved in 2015 and annually holds regional karting events for aspiring Canadian athletes to hone their skills before taking their next step towards professional racing.