The first champions are crowned at the penultimate round 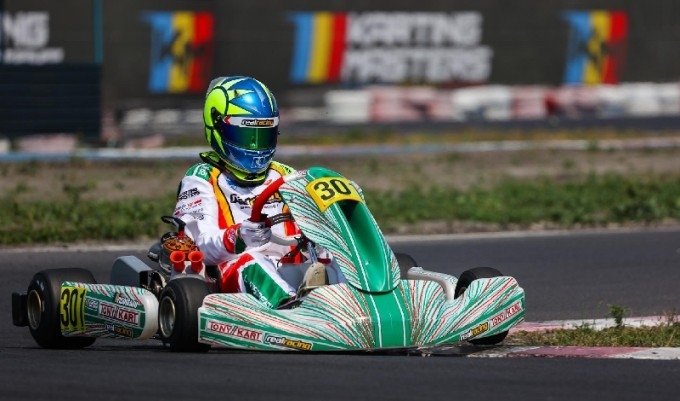 The penultimate stage of the 2022 season marked a second visit to the Prejmer circuit, where 60 drivers raced in hot conditions. For some of the favorites, this meeting was the occasion of the first "match ball" in their dispute for the titles. Luca Paul Viișoreanu converted his chance to become the first champion of the year, ending the Junior ROK fight early on.

Illya Haza (Borsch Racing) came into the championship starting from round three, where he won all three heats. Then, he continued in good form at Târgu Secuiesc. Prejmer brought him back not only in the winners' circle, but also in the group of those who aspire to the title of the category. With two wins and a second place this weekend, Haza climbs up to third position in the overall standings, his deficit to leader Darren Betea (BRT) now being only 27 points, which is realistic to overcome in September in Bucharest. Betea prevailed in the first leg of this stage, managing to return to the top of the hierarchy after two unfortunate weekends. This time the points tally was modest for his direct opponent, Antonia Vidican (Vidi Top Sport), who managed to collect only 13 points at Prejmer. Among the fastest drivers of the stage was also Makar Palshyn (Borsch Racing), a penalty depriving him of a victory. From a mathematical point of view, five drivers will head to the final with a chance for the title: Betea, Vidican (-6), Haza (-27), Palshyn (-58) and Victor Gorun (-68).

Bogdan Cosma-Cristofor (Gulstar Racing) returned after two rounds and resumed his winning streak, reaching 9 of 9 in 2022. At the same time, the alternation of opponents on the podiums helped him to return to the first position of the general classification, with an advance of 14 points in relation to David Nicolaie (Real Racing). Yehor Keydun (Borsch Racing) finished third this weekend, having scored two second places in the heats, but the driver from Ukraine can no longer hope for the title. The chances of Patrick Săliștean (DNF in the third heat) and Cristian Velciu (caught in an incident at the start of the second race) decreased significantly, while Sonia Crivoiruc (Prejmer Circuit) became the Mini ROK Ladies champion this season and keeps fifth position in the RKM hierarchy, at the end of an extremely tense Sunday, in which she returned to the race after an involuntary moment of acrobatics.

Luca Paul Viișoreanu (Real Racing) had a fierce battle with David Cosma-Cristofor (Gulstar Racing), managing to maintain his 2 out of 3 success rate in a competitive weekend, just as he had done in the first two reunions of the season . His direct opponent snatched a heat success from him on Sunday, but even in that race Viișoreanu was the one with a large smile, once he met the mathematical criteria necessary to certify the title of champion. Each time, the third step of the podium was occupied by Lev Krutogolov (Borsch Racing). The pilot from Ukraine is now only one point behind Ana Clara Atudosiei in the general classification, looking to surpass the Karting Team Moldova driver in the Bucharest final.