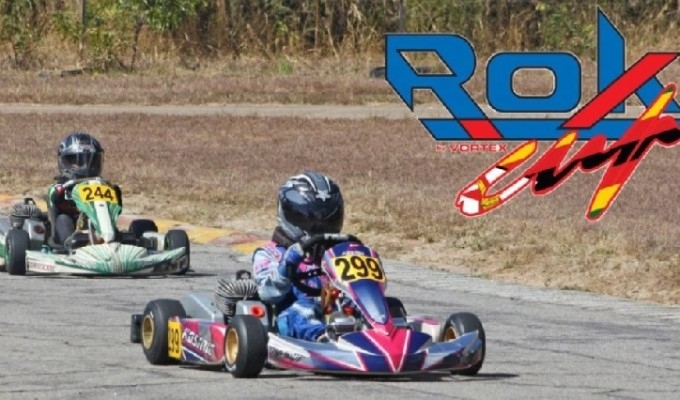 With the cooler weather settling in over last week-end at the Donnybrook race track in Harare, Zimbabwe, expectations were high for fast times and great racing in Round 3 of the Rok Cup Championship.

We were not let down with Bradley Steyn and Tawana Shambare coming out of qualifying in 1st and 2nd respectively and both posting their personal best times ever. Many other competitors also improved on their best times this year, so excitement was high for the heats.

All three heats turned into a duel for first place between current Mini Rok Champion Steyn and current under 10 champion Shambare who swopped places throughout the day. Steyn won by the day by only 3 points and extends his overall championship lead!

Guy Leliard, who only started racing late last year, put in a strong performance with a stunning 3rd place overall and headed a very strong and competitive mid-field followed by Matthew Mukori in 4th. Tino Mutengwa, Ethan Wushe and Austin Tigere all had tough days with a racing incident in heat two causing them to fall down the overall order. Antoine Adeloye struggled with fuel contamination problems but recovered well in heat three with a third place.

Newcomer and our first girl racer for many years, Malee Parsell, made her intentions clear when she came home with a fine 6th place in her first event.

The new Kid Mini Rok class was great fun with all the young competitors thoroughly enjoying themselves and showing improvements. Jayden Kerwin put in a top performance with a clean sweep of wins. Oliver Welman in 2nd was in close attendance throughout the day followed home by  Zachary Staples in 3rd and Devin Van de Linde in 4th.